Whether you want to be trendy or want a personal assistant to smartwatch is a fantastic option. A smartwatch is a computerized wristwatch with functionality that is enhanced beyond timekeeping. While early models can perform basic tasks, such as calculations, translations, and game-playing, modern smartwatches are effectively wearable computers.
There’s no doubt that with the popularity of smartphones that can manage virtually every aspect of our lives, the trend in technology is to get more and more “connectivity” into smaller and smaller packages.
Simultaneously, wrist watches have become a lesson in technological redundancy for many people. Ask a friend for the time of day and they’re just as likely to glance at their smartphone as they are to look at an actual wrist-bound timepiece. The newest wave of smart watches aims to change all that
Smart watches are digital watches that do more – a lot more – that your old analog time tracking device. We’re not talking about that once-amazing calculator watch that you had in elementary school. These are full-fledged digital tools.
Smartwatches can run apps and play back all sorts of digital media, like audio tracks or radio streamed to Bluetooth headphones. Many of these watches have touchscreens, which allow you to access functions like a calculator, thermometer, compass and more.

Smart watches are a good option for those who had stopped wearing a watch, which, moreover, is more a style accessory and speaks of class and taste of a person, no longer represent today the only way to know the time.

It is precisely this chapter, the SmartWatch manufacturers, based on the principle that it is not necessary to conduct such a gadget stand out negatively, by contrast with clothing.

Here are a few suggestions: 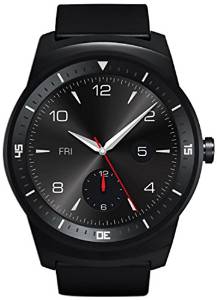 LG’s G Watch R is indeed the perfect choice. It features a beautiful round design, but its display is a full circle. Also, those markers around the face aren’t part of the screen, they’re physically on there, so you’ll be able to tell the time no matter how obscure the custom watch face you choose is. 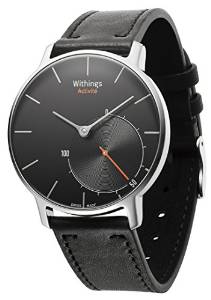 A great choice without question. It looks amazing, not only for casual activities and has plenty of useful features. 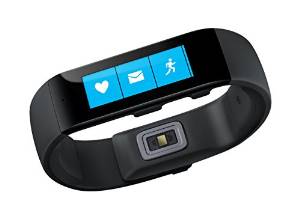 The Microsoft Band is powered by Microsoft’s new Health platform, which Windows Phone, Android and iOS users will be able to use even if they don’t own a Microsoft Band. Like Apple’s Health app, it collects and stores data from fitness devices (whether that’s the Microsoft Band or a third-party fitness tracker like the FitBit) to offer up insights to help you live a healthier life.
The Microsoft Band tracks your heart rate, steps, calories and sleep, and feeds all of that information into the Health app. You can set goals, use the Microsoft Band to complete guided workouts, map the routes you’ve run, cycled or hiked using GPS, and more. 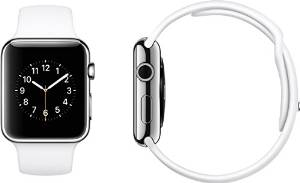 Apple fans and iPhone owners have another reason for satisfaction. Watch Apple is the perfect addition to the devices supplied. The high price is fully justified, because Apple smart watches not only look very good and are in trend, but bring ‘experience Apple / iOS. Watch Apple is a high-precision watch that allows interconnection with the iPhone in your pocket, displaying notifications and facilitate in the same time, for example, viewing photos or making payments through Pay Apple.
The watch enable and receive phone calls. Many applications will receive in the next period extensions for SmartWatch, which should be recorded between Mail, Calendar, Clock, Maps, Music, Weather, Facebook, Instagram. 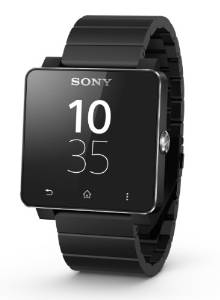 Sony SmartWatch 2 Housing wants to inspire as much of the design of mobile phones signed by Sony. Button on the right side, has become a design element common to smartphones manufacturer. The frame is made from metal and has a very thin polished edge, framing a square of 40 mm. The watch has a thickness of about 9 mm, and the back cover is plastic, a very simple reason. Connecting the phone is facilitated by NFC module, and it does not work well in a metal casing. This smartwatch wanted to use two to be as simple and familiar, so he put three buttons Android operating system specific display screen. They are not illuminated. Above the display, Sony logo on the left, is a sensor that seems to be light. The very elegant package, the watch is supplied only with a short microUSB cable.

We are a participant in the Amazon Services LLC Associates Program, an affiliate advertising program designed to provide a means for us to earn fees by linking to Amazon.com and affiliated sites.