Are duffle coats in fashion 2021? A versatile piece, it is actually the only coat wearable in business situation which has a hood. These amazing coat is also very comfortable, despite of the fact that is made from wool and keeps you very warm.

It is cut from a rough woolen fabric whose name we find in the name of the type of coat. We can tell by the hood but also by the traditional fastening system that replaces the buttons. Although not more comfortable or more versatile than buttons, the brandemburgur fastening system has been preserved over time as a tribute to the classic model. Like all other overcoats, this type of coat initially appeared in the army. The royal navy began to distribute to the sailors, hence the hood and the thick woolen fabric. Another characteristic element of the duffle coat are the large, applied and flap-less pockets.
All these elements make the short fleece a very casual element, so if you are a fan of the suit and shoes, avoid this model. Being also a massive model, with many applications on the front, it is preferable to choose it only if you have a poor conformation and a medium height. Avoid it if you are very short or if you have excess abdominal adipose tissue, ie belly.

Regarding colors, at the beginning the colors were classical beige, black and of course dark blue. In present days, the color palette is largely extended to: dark green, red, dark brown, blue. We just said above that duffle coat is a versatile piece. Indeed, that is true. This garment has a hood, which in many cases is removable. A duffle coat could be used at any moment of the day, in any kind of situation, no matter that you go to work, to a shopping session, to classes, or to a walk in the park.

And because we are talking about versatility, this piece is perfectly wearable both in elegant and casual situation. Well, let’s face it is a very important feature, and also very useful.

For a man, a duffle coat is a must, that is clear. Any gent’s wardrobe must contain this piece, try to acquire such a piece of clothing. It will be a serious upgrade and will give you a lot of options where you must go somewhere very well dresses, but also to feel very comfortable and . moreover to protect you from cold. This are characteristic very hard to find to a single garment. 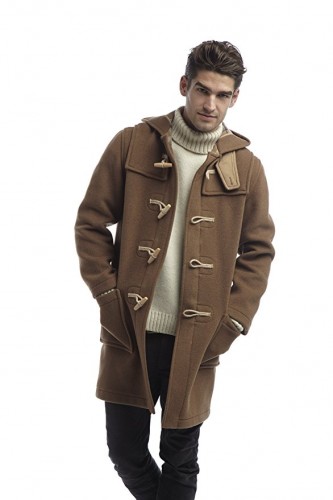 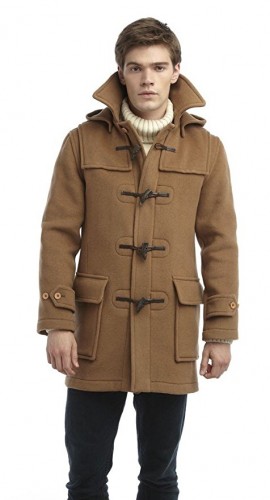 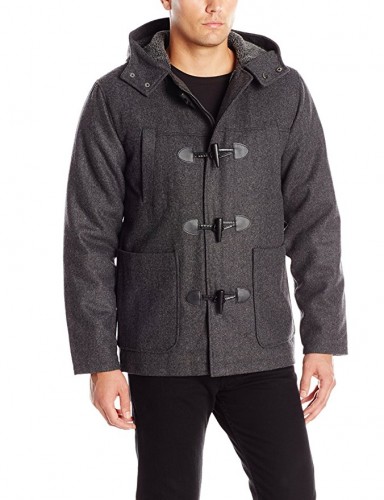 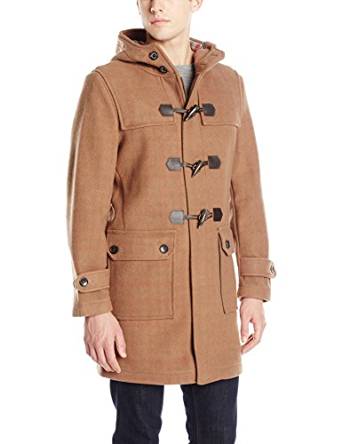 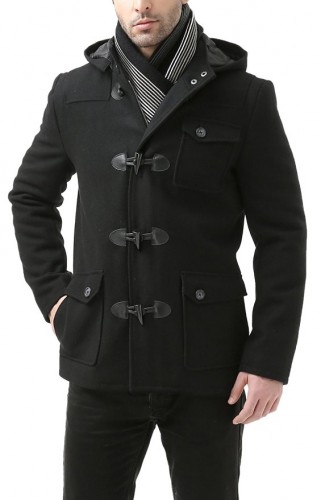 Duffle Coat – More about this item

They never go out of style, some have military influences and bring that extra masculinity. Siberian or molton clothing, as it is also called, dates from the First World War and was worn by the British navy. In World War II, the Molton coat underwent some modifications and was popularized by Marshal Montgomery who wore it so that it could be distinguished from the soldiers.
This coat was first made by Gloverall.
It is perfect if you want to wear a classic item, with military influences that is very warm. The English name duffle (Siberian or Molton) comes from the town of Duffelzandhoven because the wool used for this coat came from that town. The fleece coat usually has a hood, buttons made of animal horns and is three-quarters.
The straight cut, the brandburger closure and the hood make the Siberian coat to be located between casual and elegant.
Duffle coat has a traditional buffalo horn closure system. These are not a definite advantage compared to buttons; It has often been said that they are easier to close and open if you wear gloves, but in reality it is exactly the opposite.
Even if the hood of your duffle coat looks small, it is large enough to wear a hat under it. The hood provides excellent protection against wind and cold. The sensitive area of ​​the neck can be protected from the cold by a button flap, as the brandenburg closure does not secure the Siberian coat against the wind. Today, you will find other locking systems.
Duffle coats always have two large pockets, applied, with or without flap. Flapless pockets have the advantage of being easily accessible, but things in these pockets are more likely to fall out. Sometimes we will find a large inner pocket at the thigh.

If you want versatility, look for a coat that has a detachable hood. A big plus that this coat brings is that there are no rules that restrict you from wearing this garment.
If you want to differentiate yourself from other people, then this coat is the best choice.

This website uses cookies to improve your experience while you navigate through the website. Out of these, the cookies that are categorized as necessary are stored on your browser as they are essential for the working of basic functionalities of the website. We also use third-party cookies that help us analyze and understand how you use this website. These cookies will be stored in your browser only with your consent. You also have the option to opt-out of these cookies. But opting out of some of these cookies may affect your browsing experience.
Necessary Always Enabled
Necessary cookies are absolutely essential for the website to function properly. This category only includes cookies that ensures basic functionalities and security features of the website. These cookies do not store any personal information.
Non-necessary
Any cookies that may not be particularly necessary for the website to function and is used specifically to collect user personal data via analytics, ads, other embedded contents are termed as non-necessary cookies. It is mandatory to procure user consent prior to running these cookies on your website.
SAVE & ACCEPT
We are a participant in the Amazon Services LLC Associates Program, an affiliate advertising program designed to provide a means for us to earn fees by linking to Amazon.com and affiliated sites.